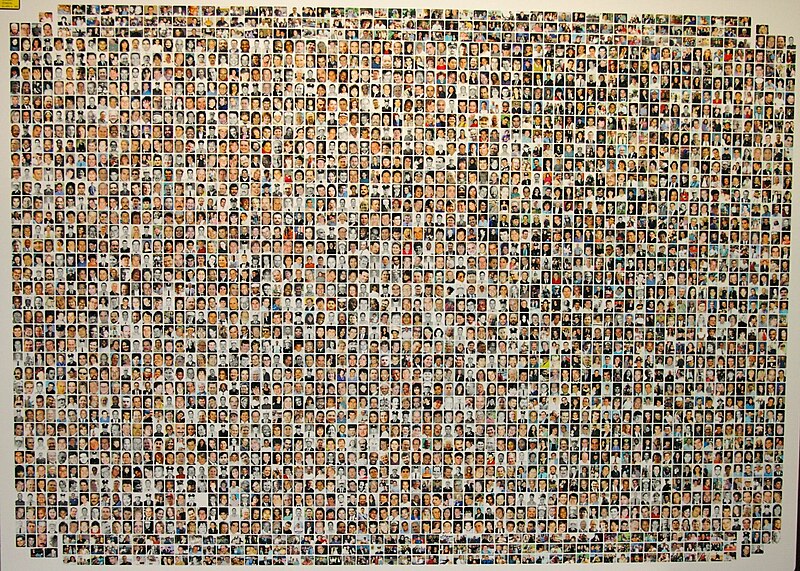 When I was a little girl, my grandmother’s generation commemorated the anniversary of the bombing of Pearl Harbor with somber ceremonies. I can still see her and her older friends sitting around her kitchen table, each recalling in vivid detail where they were when the news arrived about the surprise attack which launched their generation into war.

Because I had not witnessed that day or lived through the years of war and rebuilding that followed, I couldn’t understand their need to drag up the past year after year. It seemed odd, this need to feed on these old memories instead of letting the past stay in the past.

I have now become my grandmother’s generation.

As September 11 approaches, I find that a wash of memories and emotions have settled on me once again. Not vague, fuzzy memories but moments of intense clarity, where even the smells and sounds of that day are as clear as if it were happening today.

I didn’t experience 9/11 as a New Yorker watching iconic landmark in my city burn. I didn’t experience that day as a resident of our nation’s capitol, hearing sirens for hours as rescuers battled to save the lives of those within the Pentagon. I didn’t know a single brave passenger on the plane which plummeted into an empty Pennsylvania field, saving countless other lives at the cost of their own on. I wasn’t stranded in an airport or on a train as our nation’s transportation system ground to a halt. I didn’t even have any close relatives who were called into immediate action to respond to the rescue efforts or the increased security on that day.

In many ways, nothing in my life was immediately affected by the events that unfolded on 9/11. I was a freelance writer and stay-at-home mother with a one year old at home and two older children in elementary school. For much of the morning, I wasn’t even aware of the terrible tragedies playing out far from our quite neighborhood. In reality, the only immediate concrete effect I experienced on 9/11 was having to pass through a hastily erected security barrier manned by armed National Guardsmen to pick up my children from their school after it was closed due to its proximity to a flight control tower.

But I distinctly recall the moment I heard about the first plane crashing in the heart of New York City. In that moment, uncertainty and fear crept in. I spent the day glued to the radio and watching live coverage. Insecurity crept in. I saw men and women falling to their death and black plumes of smoke billowing from gaping holes in glass and steel buildings. Sorrow flooded in.

But then something happened.

Hope and courage arose, not only for me, but as a nation. We were inspired by the hordes of selfless, fearless firemen, policemen and citizens streaming back inside burning buildings to save others. We were sobered and moved with deep respect for the ultimate sacrifice that so many paid for their courage, and it reminded us that there were still many among us who were driven by the right motives, who cared about their fellow man, who loved their country and their way of life enough to give their own in protecting it for others.

I well remember the mood of our nation shifting. We got angry. We refused to live in fear or to allow that day to define us as Americans. We determined as a nation that we would not forget or fail to honor the unexpected sacrifices of those who perished.

While there is plenty of debate about the positive and negative changes that resulted in our nation from 9/11, I am not interested in dredging up those arguments today.

As September 11 approaches, I want to focus on the courage, selflessness, fearlessness, and compassion I witnessed within so many in our nation. I want to remember the pain and heartache that is ever present in those who lost a loved one or were injured. I want to honor the lives that were cut short.

My youngest, that seven month old baby I held in my arms as I cried while watching the footage on the news, he is in high school now. For him, 9/11 is a fact in history. He has no memory of that day, and because of it, he wonders why I want to talk about where I was when I heard the news. It’s okay that he doesn’t understand. I hope our nation remains at peace so that he never has to understand. I hope he never has a day that changes everything for him as a citizen of our country.

I now understand my grandmother’s need to talk about the day Pearl Harbor was bombed. I understand her gathering with her friends because of their shared experiences on that day. I understand the need to remember it all just one more time.

I understand, because after 9-11, I have become my grandmother’s generation.

2 thoughts on “September 11: What Do You Remember?”